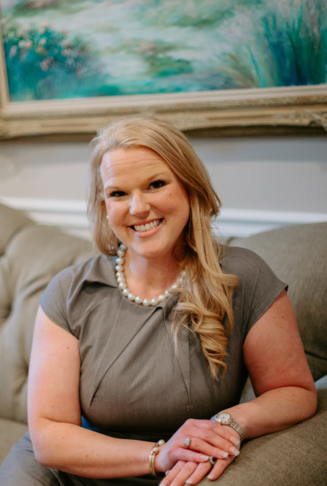 Whitney Staton was born in Hendersonville, NC in 1986 and grew up on an apple farm in Henderson County. Whitney graduated from East Henderson High School in 2004. After graduating high school, Whitney went to UNC-Charlotte where she graduated in 2008 with a Bachelor of Arts degree in Criminal Justice and a minor in American Studies. Whitney then decided to pursue her law degree and attended Charlotte School of Law, where she was on the Dean's list and graduated in December of 2010. After graduation Whitney took the February 2011 North Carolina Bar Examination and passed the Bar. Whitney was sworn in as an attorney by Chief District Court Judge Athena Brooks on April 18, 2011, at the Henderson County Courthouse.

While at UNC-Charlotte, Whitney was an intern for the Cabarrus County Mediation and Teen Court Program. This program works with teens who have gotten into legal troubles and allows them to participate in a trial where the attorneys and jury are their own peers. The teens are sentenced by their peers to community service, educational programs, and jury duty for fellow teens. If the teen completes the program successfully, then the criminal charge is then dismissed in open court. Whitney also worked for Wiseman & Poppler, P.A., a defense law firm. George W. Wiseman and Barrett Popplar, the attorneys on staff, were two of the three board certified criminal defense attorneys in Cabarrus County.

While at Charlotte School of Law, Whitney was able to participate in the externship program and was an extern for the Mecklenburg County District Attorney's office where she worked on the felony drug team. Whitney was also able to participate in the parental representation clinic where she represented indigent parents who were facing termination of their parental rights. Whitney worked with the Beazer Restitution Fund Clinic in helping people who had borrowed money from Beazer to file a claim.

Whitney was a member of Charlotte Law Cares, a philanthropic student organization which aspires to improve the community they live in by volunteering to aid those in need. Whitney was also a member of Women in Law, an organization that encourages women law students by sharing information, providing support, and promoting contacts within the North Carolina legal community.

After seven years and a long but well paved path through school and volunteer work, Whitney has returned to her hometown and started her own law practice in Hendersonville, North Carolina.